Crystal-clear communication in acoustically challenging environments - even in an emergency.
Active line arrays in interaction with Evac system at the Warnemünde Cruise Terminal.

The new cruise terminal Rostock Port looks inviting, bright and impressive and handles passengers on a cruise from and to Rostock Warnemünde. The large hall was opened in 2020 and cruise tourism is slowly picking up again after the Corona pandemic.
Particularly impressive in the Cruise Terminal is the wide view through the glass front, which offers a unique view of the Baltic Sea port. The sight of the landed ships immediately evokes a holiday mood and the desire to visit foreign countries. But what`s beautiful to the eye of the visitor may be a real challenge to the ear of the passenger.

Is the result of the 100-meter-long and 20-metre-wide cruise terminal with a height of 15 meters which has a glass front on all sides of the building and is thus considered acoustically complex and challenging terrain.
„The terminal is an architectural masterpiece, but the materials used, such as glass and concrete, and the volume of the space have a strong influence on the acoustics,“ says Michael Hünteler, Sales Director Germany at Pan Acoustics. „In order to make intelligible announcements possible for passengers and visitors, special loudspeakers are needed, as well as the necessary know-how and intuition.

„We would not have expected such a fantastic sound result. You can only believe this, once you‘ve heard it for yourself.“

Which was required to achieve the desired and necessary speech intelligibility in the passenger service building. „To achieve this, we had the option of constructional changing the terminal by suspending the ceilings and installing ceiling absorbers or using new special loudspeakers,“ explains Frank Schneider, Head of Structural Engineering at Rostock Port GmbH. „Changing the space would not only have been extremely cost-intensive, but would also have led to a loss of the flair of the graceful, high room construction. Therefore, we are particularly pleased that we found a suitable solution through the support of Pan Acoustics.“

Because announcements in the cruise terminal should not only be intelligible: They actually have to be! In the event of an evacuation, this can be vital. Therefore, strict guidelines must be followed with regards to the STI value. „STI stands for ‚Speech Transmission Index‘ and describes the quality of speech intelligibility,“ explains Michael Hünteler, who analyzed the premises in detail and took test measurements beforehand. „The STI value is influenced by various factors such as echoes and reflections, reverberation times due to the spatial conditions, but also by background noise and the volume of the signal. All this had to be considered when designing a suitable sound reinforcement solution.“

Theory: In this case – Less is more!

It quickly became clear during the test measurements that it would not be effective to try achieve the desired speech intelligibility with a large number of loudspeakers. Unfortunately, it is usually the case that adding a lot of single speakers does not help in such moments, but on the contrary often has a counterproductive effect. The sound from the individual loudspeakers overlaps and the announcement does not become more understandable, but blurs and you literally do not understand a word. The solution in the Cruise Terminal was therefore to achieve the best result with a small number of loudspeakers. 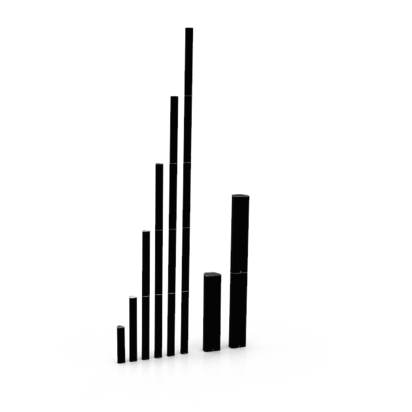 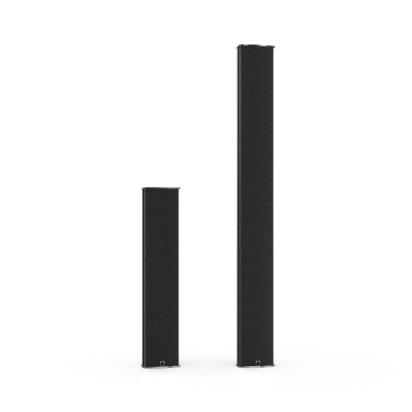 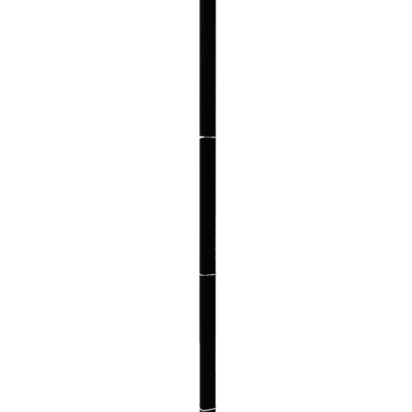 What turned out to be a solution in theory was to be proven in practice: Hünteler from Pan Acoustics used loudspeakers with beam steering technology in a line column array design. These line array speakers emit the sound in a directed and precise manner. This is conveniently adjusted via the loudspeaker manufacturer‘s intuitive PC software. „We were almost surprised ourselves, but a concept with only one line array speaker of the PB 40 model from the Pan Beam series per end wall finally brought the desired result,“ says Hünteler happily. The loudspeakers now rise almost five meters up into the Rostock terminal and provide the sound reinforcement with excellent STI values over the entire 100 meters.

Integration into the voice alarm system

What was particularly charming was the fact that the loudspeakers could be conveniently and easily integrated into the new voice alarm system, which was provided for and installed at the Cruise Terminal by the System Integrator Telemann GmbH from Hamburg. As a specialist in communication and security technology and a certified installer of voice alarm systems, Telemann appreciates the technology from loudspeaker producer Pan Acoustics: „Our claim is not only to provide the necessary speech intelligibility in an emergency with our systems, but also to enable the customer to use the electro-acoustic system as a sound system for playing music or informative announcements,“ adds Frederik Bolte, team leader for the areas of voice alarm and media technology at Telemann GmbH, who supervised the project on behalf of the System Integrator from Hamburg. „The interaction of our SAA with the line array speakers from Pan Acoustics runs smoothly and delivers the best STI values,“ adds Jan Hartmann, who was charged with the implementation of the project as project manager.

Everyone involved and all decision-makers in the project were very satisfied with the collegial cooperation. „We would not have expected such a fantastic sound result,“ admits Rostock Port‘s structural engineering manager Frank Schneider. „You can only believe this, once you‘ve heard it for yourself.“